July 20, 1969 was a day of destiny. On that day, the human race moved just a little farther in its evolution. Neil Armstrong and Edwin "Buzz" Aldrin took that famous "one small step for man, one giant leap for mankind" and humans stood on the moon for the first time. 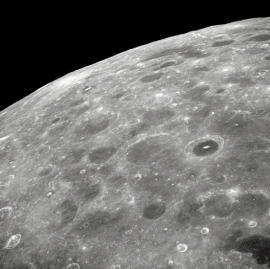 This is my personal site, full of odds and ends, founded on the thirtieth anniversary of the first moon landing. I have a good section of astronomy links, as well as information about role-playing games.


"We choose to go to the moon. We choose to go to the moon in this decade and do the other things, not because they are easy, but because they are hard, because that goal will serve to organize and measure the best of our energies and skills, because that challenge is one that we are willing to accept, one we are unwilling to postpone, and one which we intend to win, and the others, too. "
- John F. Kennedy, September 12, 1962, at Rice University, Houston, Texas

Randy Cassingham (of This is True fame, a newsletter to which I've long subscribed), recently (July 2012) had dinner with Neil Armstrong, and it's definitely worth a read...